Action Being Taken Against ‘Blackface’ Students 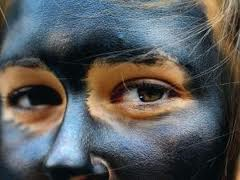 The University of Pretoria has stated that action is being taken against the two students who allegedly dressed up as domestic workers and painted their faces and arms black, the university stated on Wednesday.

The South African Student’s Congress (Sasco) has also issued a statement regarding their feelings towards the incident. President of Sasco, Ntuthuko Makhombothi, issued a statement expressing unhappiness for the situation, stating, “The so-called ‘blackface’ incident, where two white students depict themselves is not only distasteful, but also racist to the extreme. Black women in our country continue to suffer from triple oppression as black, female and working class. This incident ridicules the situation of black women in our country and re-enforces racist stereotypes about our mothers.”

The two girls, who attend the University of Pretoria, are photographed with dark paint smeared across their arms and faces, dressed as domestic workers and also with pillows under their skirts to give the appearance of a large bum. The picture went viral on social media sites on Wednesday and has appeared in various news publications. According to the Beeld newspaper, the picture was taken at a private 21st birthday party that the two girls were attending. Due to the fact that the students are learners at the University of Pretoria, the university is investigating a possibility of racism and has already begun to take action against the two female students.

Sasco explained that they are particularly angry with the situation due to the fact that it is an example of, “White youth’s,” disrespect of the black community as a whole. Makhombothi further explained that, “It is clear to us that the white community, assisted by institutions of white privelage, like UP,” are the cause of disregard for the black community in South Africa. He further went on to call the prevalence of, “White institutions,” a, “Crisis.”