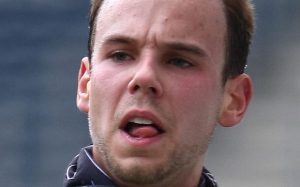 Andreas Lubitz, the co-pilot who is said to have deliberately crashed the plane on Tuesday in the French Alps.
image: The Telegraph.

As bits and pieces of information start to emerge and be pieced together, it is beginning to seem that, even though he had a medical condition that he had concealed to his employers, the co-pilot of the Germanwings aircraft which crashed on Tuesday while travelling from Barcelona to the German city of Dusseldorf seems to have been going into hospital for regular check-ups.

The Lufthansea owned Airbus 320 crashed into the French mountains and 150 people, including the co-pilot under investigation. According to investigators, there is ample evidence to suggest that Andreas Lubitz deliberately crashed the plane into the famous mountains. Most of the information seems to have come from the notorious ‘Black Box’ which is actually a recording of all that transpires in the plane’s cockpit and, according to this particular case, Lubitz definitely deliberately crashed the commercial plane. As a result of this revelation, investigators trudged to Lubitz’s apartment, which is located in the centre of Dusseldorf despite the fact that his official place of residence was recorded at his parents’ place, which is in Montabaur, a town that is close by. Lubitz’s apartment was searched on Thursday at about 5 pm in a search that lasted three and half hours and which produced about three boxes and on plastic bag of documents and information on Lubitz.

After the evidence had been checked, there emerged that there had been a doctor’s notes that covered the day of the flight and accident which suggested that Lubitz had not been meant to travel on the day in question. There also emerged rumours to the effect that the co-pilot was being treated at a University hospital in Dusseldorf for a mental condition. In a statement, the hospital denied these reports and said that the co-pilot had been attending their hospital for what they termed ‘diagnostic clarifications’, adding that “Reports that Andreas L. was treated in our house for depression, are, however, wrong.”