Three Members of the ANC Youth League die in an accident 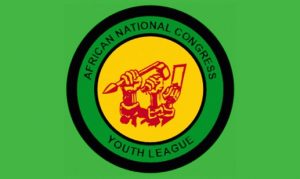 The ANC Youth League (ANCYL) has expressed shock and sadness after three of its members died when their bus overturned outside Bethlehem in the Free State, reported Khusela Khawe.

Police spokesperson, Sergeant Majang Skalkie confirmed that the bus was carrying ANCYL members. She could not provide details of the fourth person killed in the crash. Khawe said, “This is a tragedy for the nation, as they are young cadres of the ANCYL who in their commitment and dedication always responded to the activities of the ANCYL in the province and country.” According to her, the NEC (national executive committee) of the ANCYL conveys its deepest condolences to the families of the comrades and wishes for a speedy recovery to those who are still in hospital.

The provincial branch of the African National Congress Youth League said the bus was transporting members back to the Thabo Mofutsonyane region after a rally in Bethlehem on Saturday. ER24 spokesman Werner Vermaak said four people died and 58 others were injured in the accident. The injured people were taken to nearby hospitals. He said the accident could have been caused by strong winds in the area.