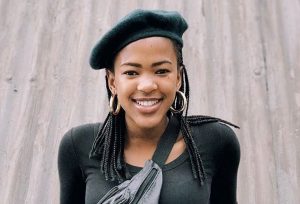 It has been reported that missing UCT student Uyinene Mrwetyana was attacked, raped and brutally murdered by a Clareinch Post Office employee in Claremont. Image: Facebook/Zuki Lamani.

University of Cape Town student Uyinene Mrwetyana (19), who was reported missing more than a week ago, has been confirmed dead. Her gruesome fate was revealed on Monday morning when the man arrested last week in connection with her disappearance was charged with her murder and rape at the Wynberg Magistrate’s Court.

Mrwetyana went missing on Saturday, 24 August, 2019 after having gone to collect a parcel at the Clareinch Post Office in Claremont, Cape Town. Following the announcement of her disappearance, an intensive investigation involving the police and three private investigators was launched to find her.

On Friday, 30 August, 2019 the police arrested a 42 year old man in connection with Uyinene’s disappearance. They also performed a DNA test and an autopsy on an unidentified body that had been found in Lingelethu West, Khayelitsha earlier in the week. The suspect was scheduled to appear in court on Monday, 02 September 2019.

Although there was still hope of finding Uyinene alive in the days leading up to Monday, the news of an unidentified body resulted in many people fearing the worst. Their fears became a reality when the suspect, who was revealed to be an employee of the Post Office, appeared in court and was charged with murder, rape and defeating the ends of justice.

According to reports, the suspect confessed that he lured Mrwetyana into the Post Office after hours when other employees had left. He then raped and brutally killed her by striking her with a scale.

Some members of the public took to social media to express their shock and outrage over this incident and the rampant violence against women in the country. Below are some of the reactions from Twitter:

When is this nation going to unite and stand up against women and children’s abuse, murder and rape? It is sickening to see that women and children are so vulnerable in our society. Living in fear is not freedom. Men we need to be the change.#Uyinene

#UyineneMrwetyana It honestly is sickening to witness such acts from men who are supposed to be safe haven to women n children #MenAreTrash indeed RIP UYINENE angel. pic.twitter.com/RqsrEgtWHC

Our Constitution MUST be amended to enable Death Penalty for henious crimes like rape and murder. Enough is enough.
Let’s do it for Leighandre Jegels and Uyinene Mrwetyana. RT if you agree.#DeathPenalty pic.twitter.com/UcKUQNMF40