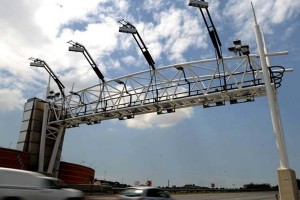 The South African National Roads Agency Limited (Sanral) recently announced that its controversial e-tolling system will start operating on Gauteng freeways on the 3rd of December, less than ten days from now.

The announcement came just over a month after the Opposition to Urban Tolling Alliance (Outa) lost its court appeal to stop e-tolling. Outa’s appeal was dismissed by the Bloemfontein Supreme Court of  Appeal on the 9th of October.

In June this year, Outa almost ran out of funds to cover the legal costs of its case.  However, after Outa chairperson Wayne Duvenage appealed to the public for donations, R1.35 million was raised in less than a week. This showed that thousands of people are not in favour of e-tolling.

The Democratic Alliance (DA) also donated R1 million. However, the ANC saw this as the DA’s political strategy to score points among voters. Most other opposition parties, including the Congress of the People (Cope), Agang SA, and the Economic Freedom Fighters (EFF) appear to be against e-tolling. The Congress of South African Trade Unions (Cosatu) and The National Union of Metalworkers of SA (Numsa) are among those who have been opposing e-tolling since its inception.

On Sunday, Transport Minister Dipuo Peters spoke against those in opposition to e-tolling, saying they were misleading people. She said the e-tolling system was ready and they expected smooth revenue collection through e-tolling from the 3rd of December.

She said the system has been running and billing motorists under test mode for the past 18 months. From the 3rd of December, motorists using Gauteng highways will start being billed for real. Those who have been billed are expected to make payment within seven days after receiving e-toll bills. Failure to pay will result in legal action being taken against them. According to comments from social networks, this does not seem to sit well with most members of society.