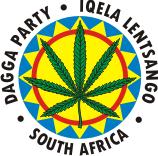 The Dagga Party needs 200 more members to become eligible for candidacy in the national elections in South Africa in 2014. – image – www.jazzfarm.co.za

In any country, the national elections are often anticipated with much anxiety and excitement. The public usually hopes that there will be no pre-election violence between opponents while voters are eager to help their party of choice take the seat of power and lead them to a better life.

In South Africa, the mud-slinging between the ANC and the DA comes standard with any election. Over and above this, the country is always treated to new political parties with interesting names and manifestos. The Dagga Party, also known as ‘AmaDaggaDagga’, is one such party.

According to a report by News24, the Dagga Party believes that the unstable South African economy can be relieved if cannabis is decriminalised in order to benefit from its economic potential. Party leader Jeremy Acton thinks that farmers would have access to an “industrial crop with multiple benefits” if the government legalised cannabis. He is a firm believer that cannabis is sustainable, profitable and most importantly, it is in great demand in South Africa.

To get his name on the candidate list next to his party logo on the ballot paper next year, Acton must have at least 500 party members. At present, the Dagga Party boasts 300 members. Also, Jeremy Acton has no money.

The Dagga Party remains hopeful that it will be able to garner 200 more members “because 35 per cent of South Africans over 13 smoke dagga”.

In a country that has major drug abuse issues, it remains to be seen how far the party will go in securing the required number of voters in time for the elections next year. Cannabis has been dubbed by rehabilitation facilities as ‘the gateway drug’ or ‘starter pack’ to many dangerous and addictive narcotics. On the other hand, Rastafarians believe that it is ‘the healing of the nation’ and they also continue to fight for the decriminalisation of cannabis.