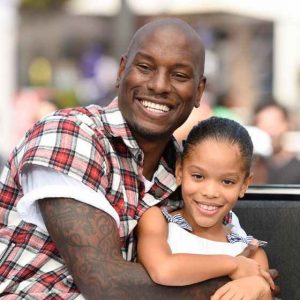 Tyrese Gibson, who has been embroiled in a bitter child custody battle with his ex-wife Norma Mitchell, was granted 50/50 joint custody of their 10-year-old daughter Shyla by a Los Angeles court on Friday.

In September, Norma was granted a temporary restraining order against Gibson after accusing him of abusing both her and Shyla. It is reported that Gibson was ordered to stay at least one hundred yards from both of them, including their home.

However, Gibson fought the restraining order in court and denied the abuse accusations leveled against him, claiming that his ex-wife was just bitter due to his marriage to Samantha Lee, which took place on Valentine’s day this year.

At the end of October, the court ruled in Gibson’s favour, allowing him to see his daughter for the first time in two months in a monitored six-hour visit.

While the custody battle was still ongoing, the Fast and Furious star had several social media breakdowns. Last week he revealed that he had been on depression medication, which, according to him, contributed to his public meltdowns.

The joint custody that Gibson was granted on Friday will reportedly be effective from January 2018, giving him equal access to his daughter. After the ruling, he took to Instagram to  celebrate his victory, writing a long message, which he concluded by saying, “I feel better, stronger and blessed and look forward to many many great things. This was a rough season but these seasons don’t last forever. At the end of every storm comes a rainbow. You just have to look up for your blessings and go get it!!!!!!”.