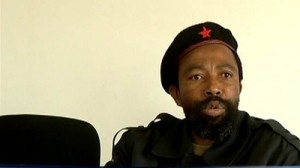 President Jacob Zuma, who has been a victim of grossly disrespectful remarks made by Thembu King Buyelekhaya Dalindyebo, has received an apology from the AbaThembu Royal House, which, in addition, assured the presidency that the process of dethroning Dalindyebo was underway.

“The royal family for the kingdom of AbaThembu wish to extend an apology to the state president for finding himself a victim of disrespectful insults from our nephew, child and cousin,” stated family spokesman Nkosi Daludumo Mtirara.

“The royal family for the kingdom of AbaThembu is disappointed with his latest disrespectful statements… to the president of [the] republic of South Africa.”

Spokesman Mtirara had reported that Dalindyebo’s future standing with the family had not yet been finalised. This being the result of the family waiting for the government to act as it sees fit in regards to the king’s misconduct first. Only thereafter can the royal family determine his fate.

Mtirara went on to report that despite the decision to remove Dalindyebo’s kingship in September last year, the family is not able to “completely dissociate itself from his crazy” remarks directed at the presidency, and therefore felt an apology was in order.

Dalindyebo issued a petition to officials of the president’s office last Wednesday, thereafter uncouthly stating that the president was merciless to those he saw as opponents.

“Unfortunately the president has a habit of not condomising. We don’t like people with that kind of attitude. His behaviour is a shower mentality,” he continued, the directed towards Zuma’s announcement of a cabinet reshuffle last week Tuesday.

Deputy President Cyril Ramaphosa said it was “unfortunate” that Dalindyebo acted in a manner not befitting a king.

Many people have said this out. “It is really unfortunate that a person of such standing should say those things. And that’s all one could say,” said Ramaphosa.

Unphased and unapologetic, Dalindyebo asserted himself in a single diminishing statement: “I am king unto him; he’s just a Zulu boy.”

Mtirara reported that as long as the government did not implement a decision in regards to Dalindyebo’s actions, the family could not yet dethrone him.