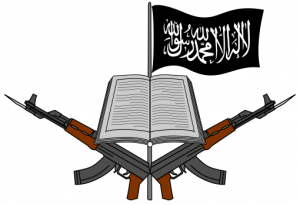 Nigeria’s military has announced today that it has detained more than 460 people travelling from the country’s North to South, allegedly due to suspicion that the travelers were Boko Haram affiliates.

Boko Haram is a guerilla militant group which has become infamous in recent months largely due to a surge in violent attacks in the Northeastern parts of the African nation. The name, Boko Haram, literally means, “Western education is sin,” and the group seeks to abolish any form of Western education and ideals in the country. Being an extremist, highly conservative, Muslim group, they believe that women should not have access to equal rights to their male counterparts and they should not be allowed to work or be educated in the same manner as men. The conflict stems from the fact that many areas in Nigeria are predominantly Christian.

Many people travelling from Northern to Southern Nigeria have been detained by the country’s military, in order to attain verification on their status and refute or confirm that they are affiliates of the terror group. 462 people, with inclusion of eight females, are currently being held in Southern Abia State Yesterday. The people were travelling by means of 36 buses, from many Northern states to the Southern state of Port Harcourt. “It is after investigation that their statuses will be known,” said army spokesperson, Brigadier General, Olajide Laleye, in a text message to AFP on tuesday.

The nation of Nigeria is Africa’s most populous nation, the biggest producer of oil in the continent, and newly appointed largest economy. The country is split almost fifty fifty between a Christian Southern region and a Muslim Northern region.

A concern voiced by defense officials is that the recent kidnapping of nearly 300 schoolgirls from a boarding school in the town of Chibok earlier in the year may have raised the profile of the organisation to a higher level. This could assist the organisation with funding and further recruitment, due to the exposure which they have received. The Islamist militant group now has members ranging in the region of hundreds to thousands. In 2011, the group, through its affiliation with al Qaeda, managed to get them to train many of its fighters. This occurred both in Somalia and the Islamist Magreb.